A couple of pieces 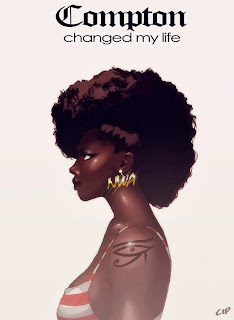 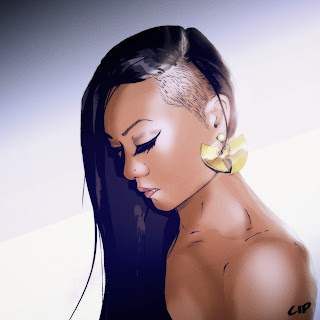 from the "Hip Hop and Beauty" series

posted by Christopher Willingham - aka The Art of CIP at 5:45 PM 1 comments

Head in the Clouds pt. III 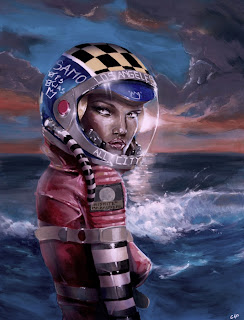 posted by Christopher Willingham - aka The Art of CIP at 3:28 PM 0 comments 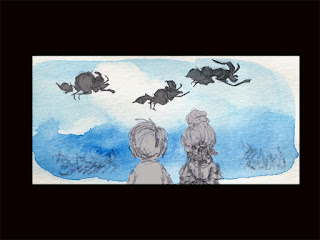 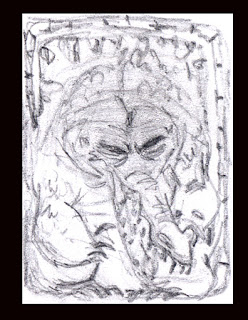 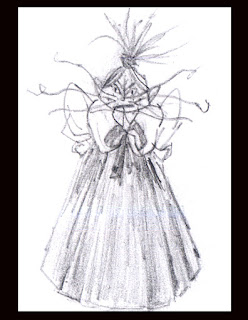 
posted by Christopher Willingham - aka The Art of CIP at 4:45 PM 1 comments

Just wanted to share some of my new work, as I haven't posted here in a long while. Hope everyone is well and prospering!

Just having some fun on a new project! 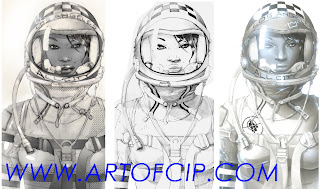 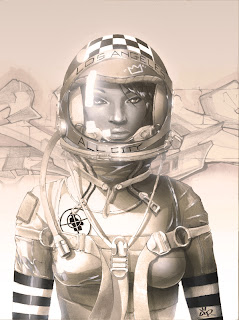 posted by Christopher Willingham - aka The Art of CIP at 4:01 PM 2 comments

It's been a while. Last month I participated in two art shows. Exciting stuff. One of them, a sketchbook project called 20 Pages, will be traveling to the The Mary C in Ocean Springs, MS for a meet-and-greet with the artists.

I've been doing quite a few pieces of original art, like this one for the Dog Days of Summer show last month.

"They Just Blink at Us (Sirius)"

However, I still keep going back to fan art, as it's always a unique type of challenge. A few characters from The Hunger Games:

I've just updated the design of my blog and uploaded lots of new art. Check it out HERE. 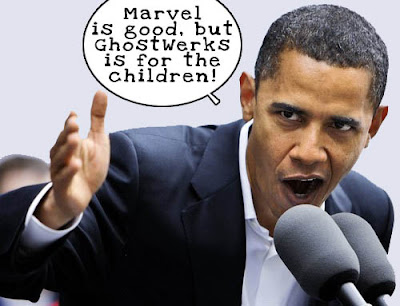 Just thought I'd stop by to ask my Sketchbook All-Stars family to help us bring back our hip hop kung-fu kid hero comic Champion of Children, to better school these young' uns in the ways of the masters.
DO IT FOR THE KIDS!!!

If anybody's interested, I have some original pages from Champion of Children: The Legend of Challenge that I'm selling as part of the campaign... click here to check some of 'em out!

Okay folks, it's showtime again... I'm exhibiting at New Puppy Gallery this weekend... Hope to see my LA folks there...
http://www.newpuppyla.com/cannibal-flower/
Here's a detail shot of my piece: 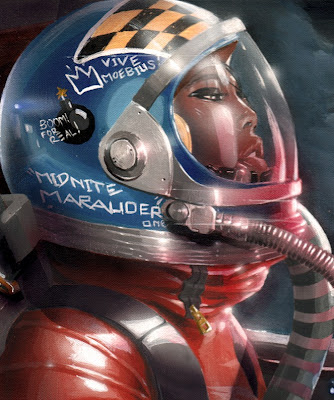 posted by Christopher Willingham - aka The Art of CIP at 5:57 PM 0 comments 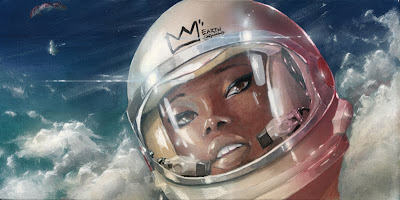 Here's the finished canvas. It sold when I exhibited it a couple of weeks ago... On to the next one.

posted by Christopher Willingham - aka The Art of CIP at 2:40 PM 4 comments

The Art of Sharon Samples

A few weeks ago, I had my first solo exhibit at Mobile Arts Council. It was a new experience, but it went really well, and I actually sold some art, which great. Below are a few pieces from the show.

"There Are Wolves in the World"

The rest can be see on my website: artgyrl.com. Thanks for looking and your feedback is most welcome. :) 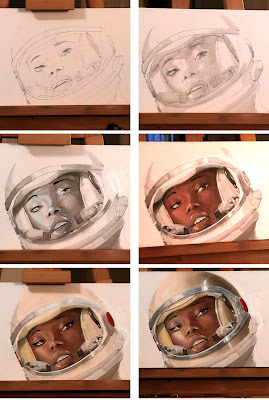 Fleshing out a new painting.

posted by Christopher Willingham - aka The Art of CIP at 2:12 PM 2 comments


Dawood Marion documents Occupy Oakland's General Strike protest on Nov 2, 2011. Dawood uses a method call "Reportage Drawing" (drawing on-location) to create a piece of artwork that captures some of the energy this historic moment in time. 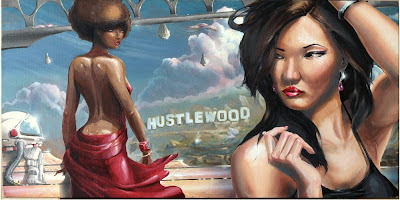 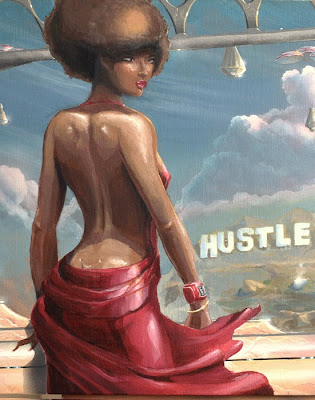 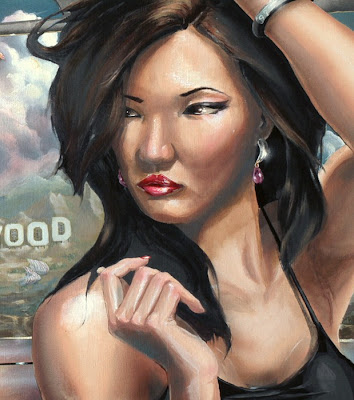 Ok so here's one of the finished paintings from one of the process posts I did in here a few months back... (with a couple of details) ... PEACE!

posted by Christopher Willingham - aka The Art of CIP at 12:38 PM 1 comments 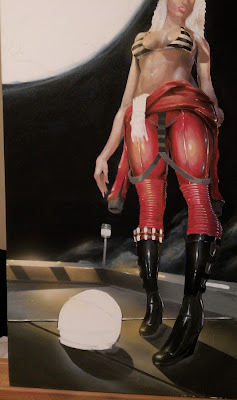 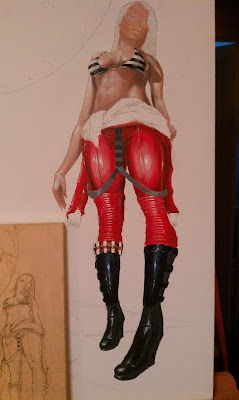 So I designed this piece waaaay back in July. I had 3 other pieces in line ahead of it, and the gallery director insisted that I paint it larger than it originally was. So I finally got a chance to transfer it and start throwing some paint around...

posted by Christopher Willingham - aka The Art of CIP at 2:28 PM 0 comments

She may have the bats on her side but those ghosts are a different story! 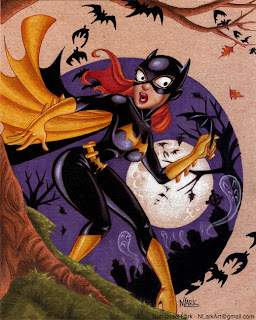 I drew this on 8x10 chipboard with Prismacolor Marker, Prismacolor Pencil, and other mixed media.

I post a brand new original hottie everyday at: www.DailyDivaDrawing.com

I quick sketch I did of the Fox Theater in Oakland.

This was a quick warm-up piece to get me back in to painting. I haven't been painting in seems like almost a year. 2012 I will be making my work available to the public so I will be doing more paintings and other work. This is another painting in an ongoing series that I call "The Black Woman Collection." A tribute to our mother.

I found this box at a thrift store. I sanded it, textured the surface, gave some yellowish glazes and finally painted the woman on it. I am also going to paint a different woman on the remaining 3 sides. Once Im done painting all of the sides I'm going to replace the wooden knob at the top with a jewel knob.

Here is a similar project I did in the past where I painted on an object. This one was protein powder jar:
http://dawoodsketchs.blogspot.com/2011/02/painting-on-stuff.html 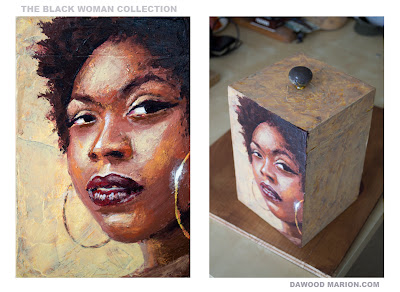 A couple months ago me along with other flash animators and designers at House Of Cool worked on a couple of commercials that were for Microsoft/Bing and Intel. The commercial spots used characters that were developed at house of Cool called The Lebrons. The commercials were animated in Flash in house, while the episodes were animated over-seas. It was a great project to work on with extremely talented team of designers and animators.....

The Design Team Was:

posted by Andre Barnwell at 4:17 AM 0 comments 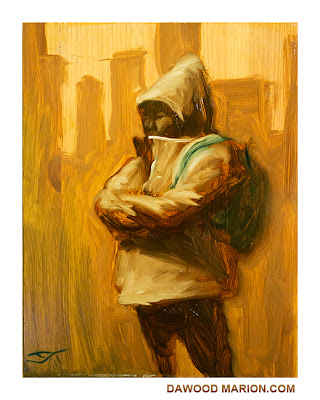 A warm-up sketch I whipped out in oils

I'm going to be having a solo art show early next year, which means a lot of new art to be completed. I've been posting the progress on my Facebook page and blog. 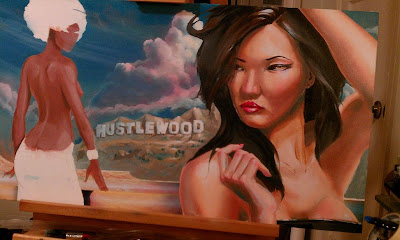 Here's a few progress shots of the current project - stay tuned for more... 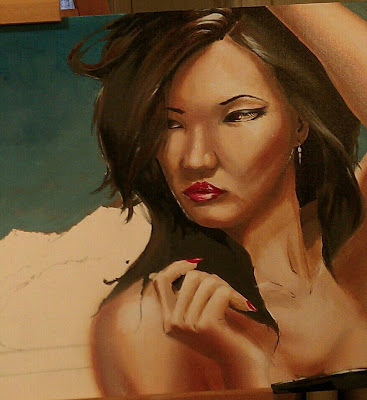 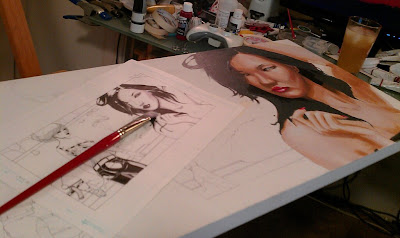 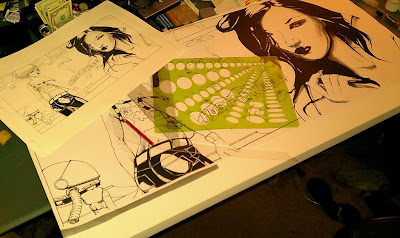 posted by Christopher Willingham - aka The Art of CIP at 6:06 PM 0 comments

Here's a sample of some of my latest storyboard work! 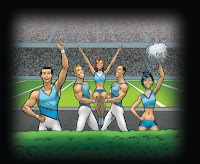 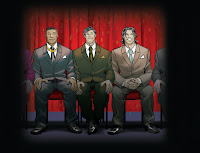 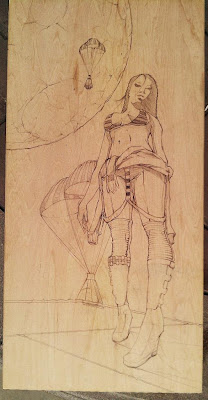 posted by Christopher Willingham - aka The Art of CIP at 7:52 PM 2 comments

Video - How To Change The World

Sometimes a great idea can be even better.
That's how I felt about the cartoon I posted on Monday. It occurred to me that I might be able to enhance the emotional weight of the panel cartoon by creating a video with music. Hopefully I've done that because I really love the way this turned out. :)
A great big thank you to Dan-O for the free royalty free music: http://www.danosongs.com

How To Change The World

"Never believe that a few caring people can't change the world. For, indeed, that's all who ever have."
-Margaret Mead 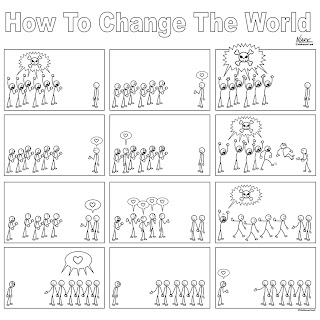 Nowhere is your courage more evident or your strength more demonstrated than in the bold use of your individual voice in the face of group opposition.
Within you is all the strength and power necessary to begin to heal the world. Your voice. Your truth. your courage.
Use your voice! Love courageously! 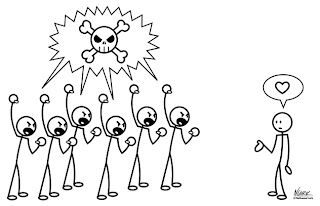 posted by Nathanael Lark at 12:56 AM 3 comments

I always wanted to see my drawings and paintings move. Since i got the spider bite last week I've been inspired to start animating. Here is quick test animation I did of a camera.

My Second Sketchbook Film Short... Check it out

Come visit our store on CafePress! 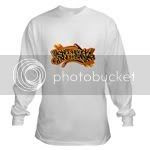 Strictly for promotional purposes. This is a non profit endeavor.